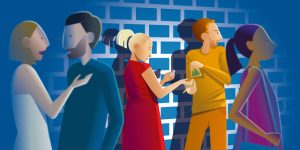 What are the main offences associated with drugs?

Possession means being caught with drugs, even if they do not belong to the person caught. The police have the power to stop, detain and search people on ‘reasonable suspicion’ that they are in possession of a controlled drug. The penalty for possession depends on the class and quantity of the drug, and where the person and the drugs were found.

Possession with intent to supply is a more serious offence that may be proved by:

Supply includes dealing or sharing drugs – even if just with friends. It does not require proof of payment or reward. The penalty for supplying drugs depends on the amount of drugs found.

Production is committed when a suspect has some identifiable participation in the process of producing an illegal drug, by making it, growing it or any other method.

What are controlled drugs?

Controlled drugs are classed according to their relative degree of overall harm from misuse. There are three classes of controlled drugs. The class of drug a person is caught possessing, supplying or producing affects the severity of the offence.

Class A drugs are treated as the most dangerous and include cocaine, ecstasy, heroin, LSD, magic mushrooms and crystal meth.

Class B drugs include codeine, ketamine, cannabis and ‘spice’.

What is the maximum sentence for drug-related offences?

The maximum sentence depends on whether a person is charged with possession, supply or production, and what class of drug the offence is related to.

For possession, the sentence is determined by class of drug, along with any aggravating or mitigating circumstances.

If the offence is possession with intent to supply, supply, production or importation the court will determine the offender’s culpability and the harm caused.

Culpability is a measure of the offender’s role in the offence.

Harm is indicative of the type and quantity of the drug concerned.

Mitigating factors may reduce the severity of the sentence. Examples include where the offender:

If the defendant enters a guilty plea, they may also receive a reduced sentence.

You can find out more about how sentences for drug-related offences are calculated depending on the offence type. See the sentencing guidelines for: