Breach of a protective order 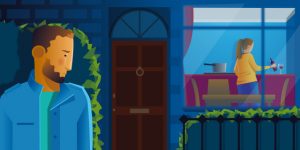 Protective orders put restrictions on a person to prevent them from causing harm or annoyance to a victim. The most common protective orders are restraining orders and non-molestation orders.

What is the penalty for breaching a protective order?

Breaching a protective order is an offence. The maximum sentence is five years’ custody.

The court will calculate the sentence by assessing the offender’s culpability and the harm caused by the offence, as well as taking into account any aggravating or mitigating factors.

Culpability is an assessment of the intention and motivation of the offender in committing the breach.

Harm considers the level of physical or emotional harm that was caused as a result of the breach.

Aggravating factors make the offence more serious. Examples include if the victim or the person the court order is designed to protect is particularly vulnerable or is forced to leave their home.

Mitigating factors might reduce severity of the sentence. Examples include if the offender had complied with the order for a long time before breaching it or if the contact was not initiated by the offender.

Find out more about how sentences for breaching a protective order are worked out in the sentencing guidelines and the different types of sentence the courts can impose.